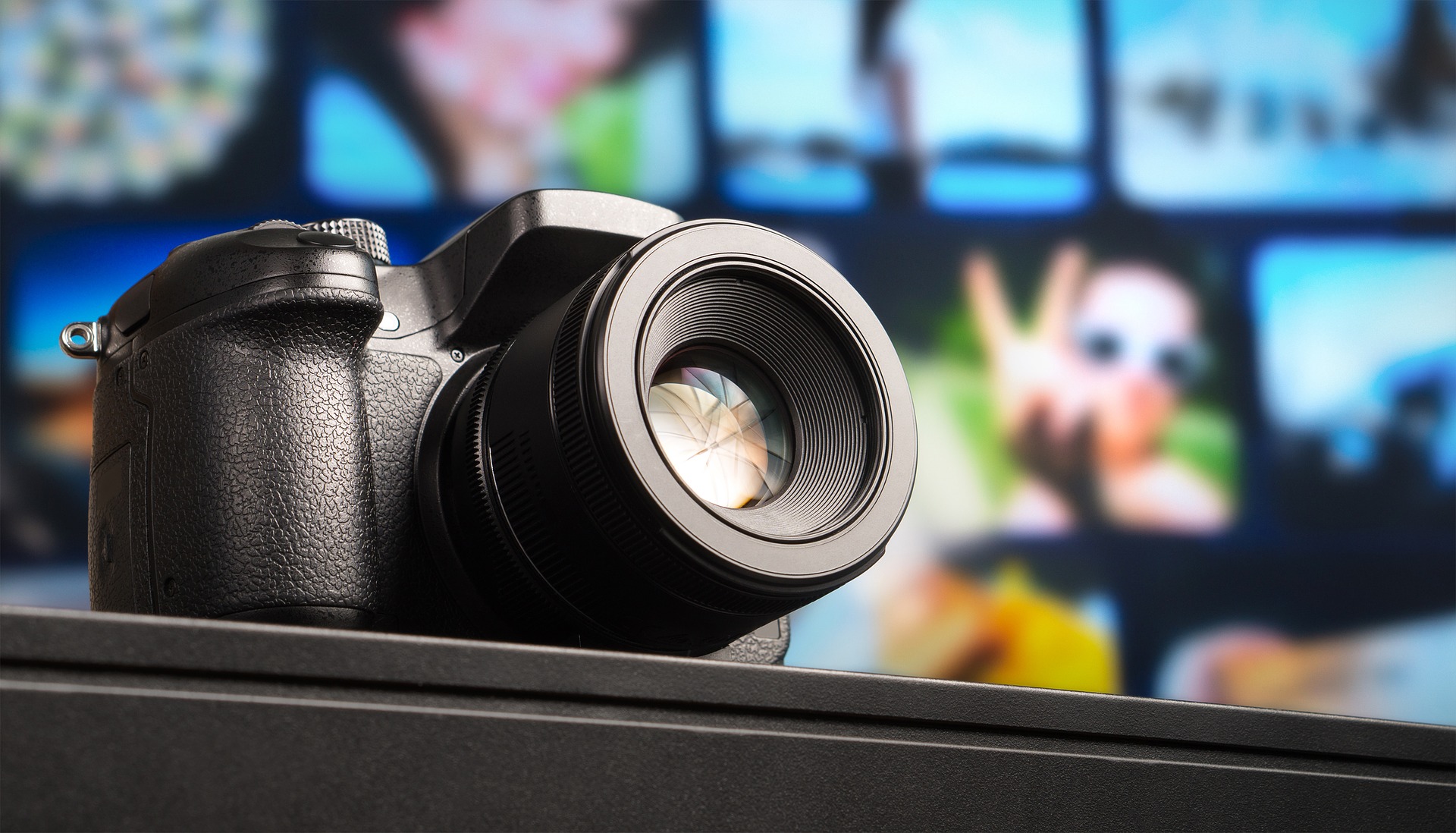 The short answer is it depends. You potentially can be filmed without your consent.  Under the fourth amendment of the U.S. constitution you have a right from unreasonable searches and seizures and a fundamental right to privacy under the first amendment (often known for the right to free speech, religion, etc). However, these rights tend to only apply to state actors. So, if your filmed on private property or on property where you do not have a right to privacy such as in a department store then there is no violation of your privacy. As an invitee on private property you have no right to privacy in regards to being taped.

This remains true when you are outside or on public property. If you are outside and are on public property, or if you can be seen from public property then yes you can be filmed without your consent. You can basically be taped anywhere where you do not have a fundamental right to privacy. In the United State a fundamental right to privacy is generally considered to be absolute in one’s own home, if one is an overnight guest, or if one has traditionally been seen as having privacy (in the bathroom, changing rooms). That is why your consent is not always necessary when cameras film you. Especially in every day public activities such as when you go to the store or go to the bank. Cameras can be used because you have consented as an everyday person to the regular activities of life. This is the exact same ideology that is associated with people not being sued every day for regular tortious activities.

For instance, if you are riding on a bus and it hits a curb, and the elderly lady next to you falls and you catch her, and she is offended, you might think this is a rise for battery if you looked solely at the legal requirements for the tort of battery. However, because people consent to such everyday incidental things such as accidental touching the woman’s claims would be unfounded. The same goes for being recorded in public. When you leave the privacy of your own home you are consenting to being filmed, photographed, videotaped you name it. Of course, there are some exceptions to taking photos without consent. You cannot take photos of people without their clothes on, if they are indisposed, or do not know that they are having the likeness used for commercial purposes or for illegal activities. You can also not take pictures or film people if it would interfere with other people’s enjoyment of an area. Police and federal officials in public areas are subject to the same concept. So overall yes, you can be filmed without your consent